The Imerovigli is a village of Santorini, just 3 km from Fira, the capital of the island. It is the highest point of the Caldera with stunning views of the sea and the volcano. 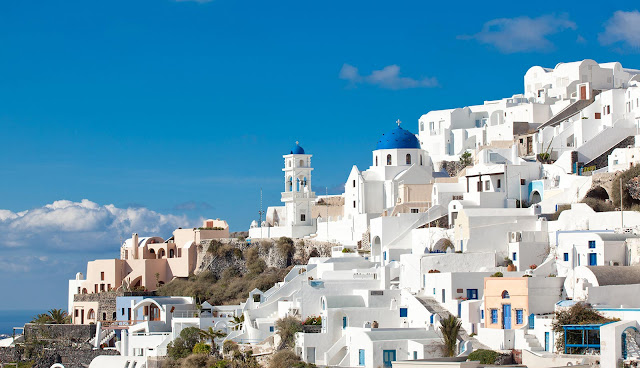 The name Imerovigli comes from the words day and vigla which comes from the Latin word vigilare and means I do watch. It is therefore believed that there was an observation tower for the arrival of pirates. 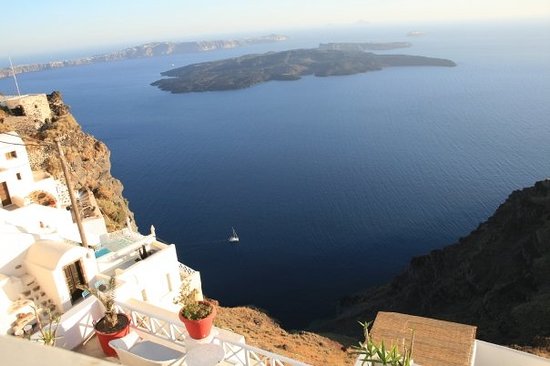 If the weather is suitable, ie it is not very hot, you can reach Imerovigli by walking from Fira, following the old path, along the caldera. About in the middle of the route you will find another settlement, Firostefani. 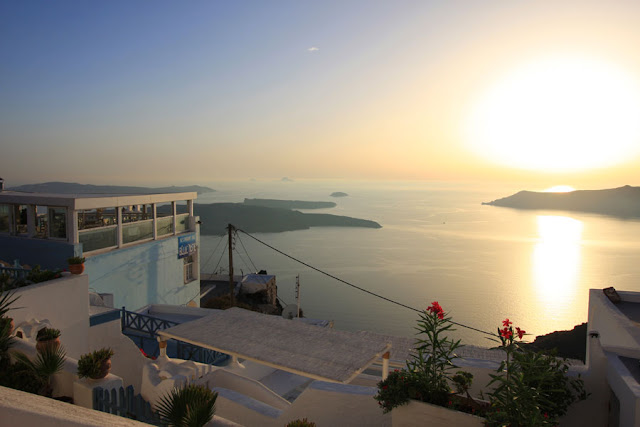 Ideal time for a walk is early in the morning or late afternoon. It is worth the walk for the amazing view all the way. And if you get tired, on the way back you can take a bus or taxi.

Imerovigli has a special architectural interest and has been characterized as a traditional settlement. All-white houses with colorful flowers in the courtyards and windows, hotels, cafes and restaurants, built on the edge and below the sea. 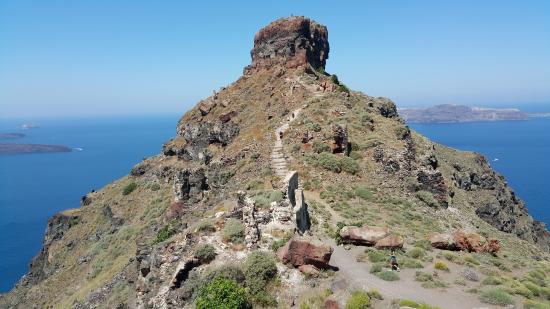 For the more adventurous, it is recommended to visit the castle on the rock of Skaros – from a path with steps in about 20 minutes. Skaros was originally the capital of the island. The castle was badly damaged by the volcano and the earthquake later and now its ruins are there. 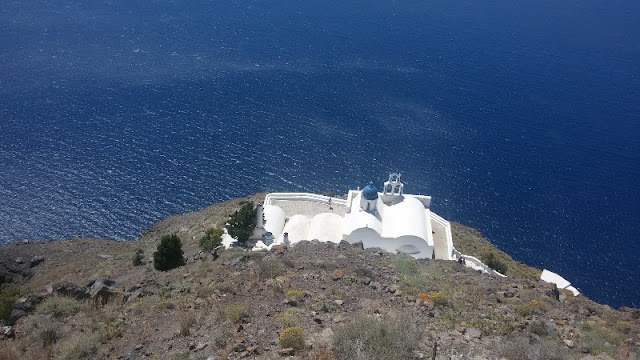 In Imerovigli, as in all of Santorini, you will find many churches and chapels. The church of Theoskepasti stands out, in front of Skaros, built on the edge of a rock, for which Elias Venezis wrote the eponymous short story. 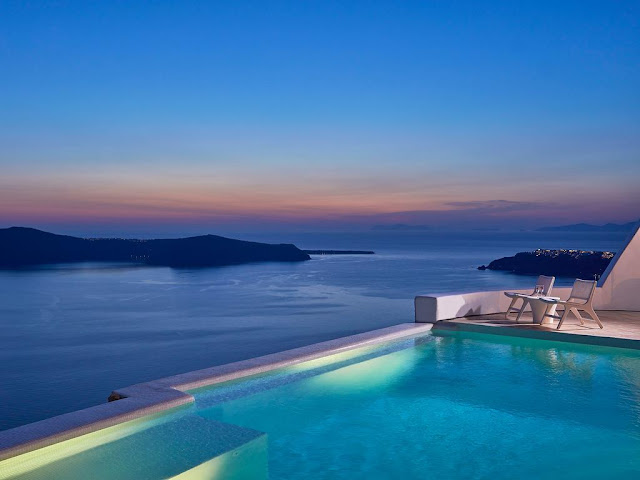 It is really a very beautiful settlement for holidays, very close to Fira and well organized for tourism. There are many hotels, see them here. 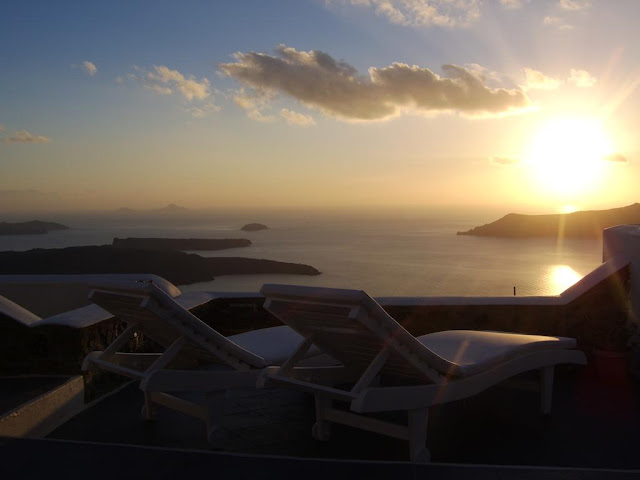 * There are many expensive restaurants on the island, so in order not to be surprised, always consult the posted lists.

* During the tourist season there is good transport on the island – see the itineraries here. The main station is in the square of Fira.

* The taxi rank is located in the square in Fira- the prices of the routes are usually standard and you have to ask the cost in advance to know what you will pay.

* Santorini is one of our most expensive islands with 100% fullness during the summer season, so you must book in time hotel and ferry or air tickets.


* In Santorini you can go by boat from the port of Piraeus (about 8 hours by simple ferry and about 5 hours by speedboat). It is also connected by ferry to the islands of Paros, Naxos, Ios, Mykonos, Milos, Folegandros, Sikinos, Anafi, Kos, Rhodes and Heraklion, Crete.

Alternatively by plane (in about 45 minutes from Athens and in about 1.5 hours from Thessaloniki). The airport is 8 km from Fira. Itineraries run from / to Mykonos and Heraklion as well as major cities abroad in the summer.
previous post

Tour of the castle of Naxos

Summer vacation in Karfas of Chios

Visit to the springs of Kallithea Rhodes

Ride with the train of Pelion