It is called Temple of Debod and it is an ancient Egyptian temple which is not located in Egypt but near Plaza de Espana in Madrid. 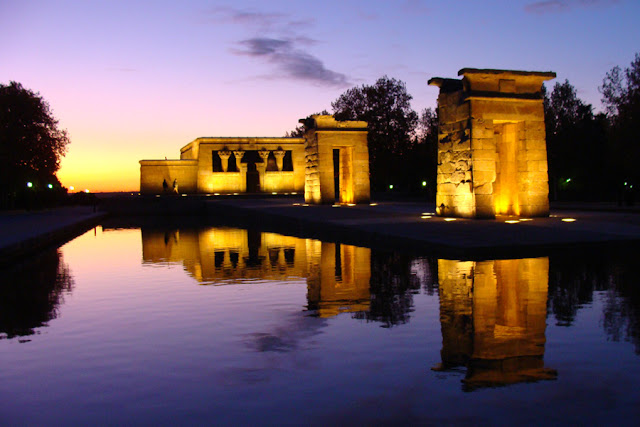 It dates from the 4th century BC. and until 1971 was in the Nile Valley. It was given as a gift to the Spanish government and transported by ship to Valencia and then by train to Madrid. 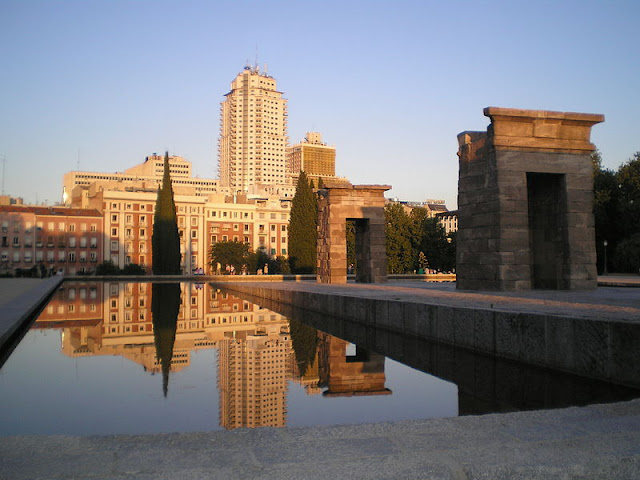 Two tall and narrow corridors lead to the main temple. The west corridor of the temple contains hieroglyphics.

Upstairs there is a museum with photographs showing the history of the temple, its transport and reconstruction in the Spanish capital. 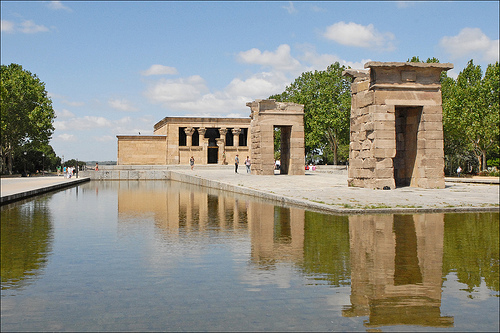 The temple is amazingly illuminated at night with the whole building reflected in the water. 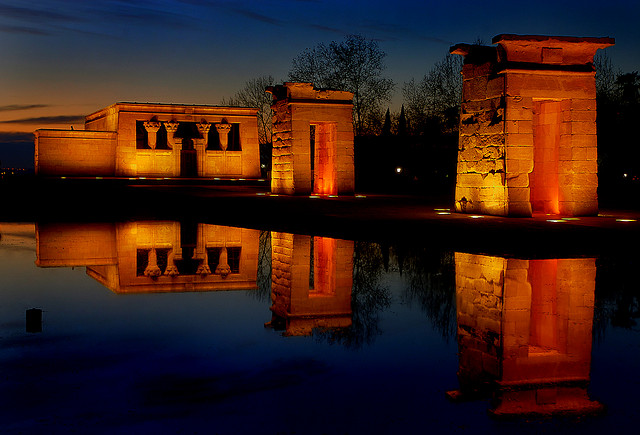 It is located next to a large swimming pool in a park with stunning views of the Almudena Cathedral and the city of Madrid. 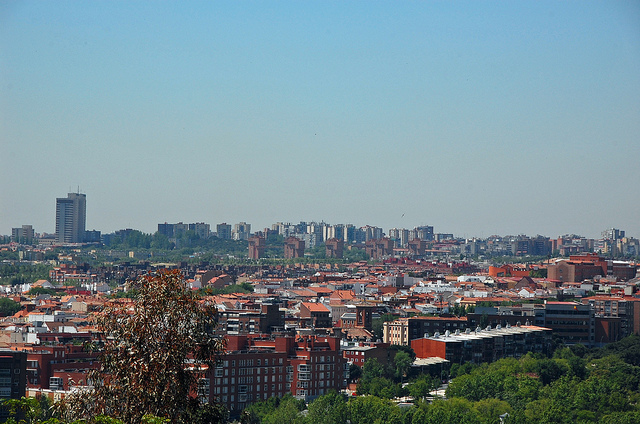 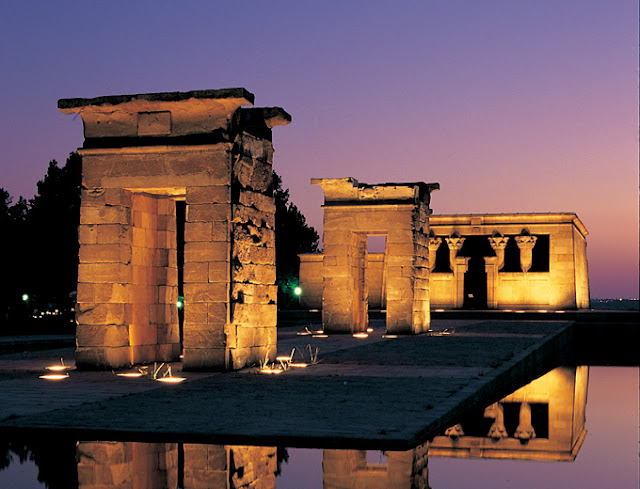 The park surrounding the temple is one of the best places to see and photograph the sunset. 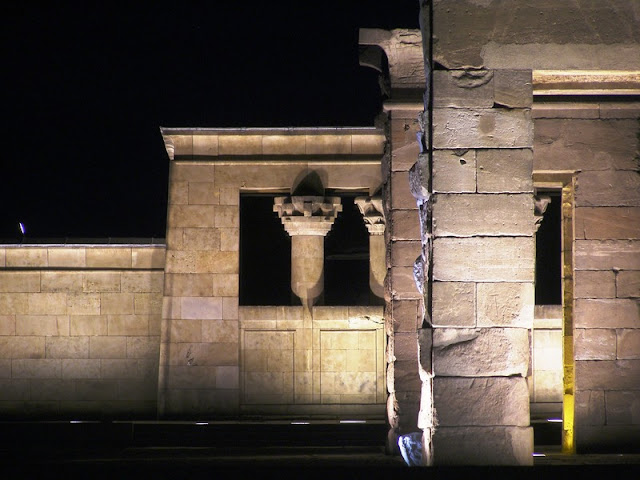 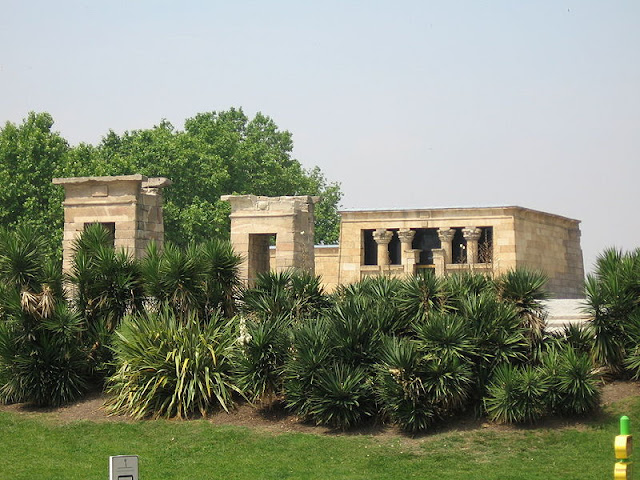 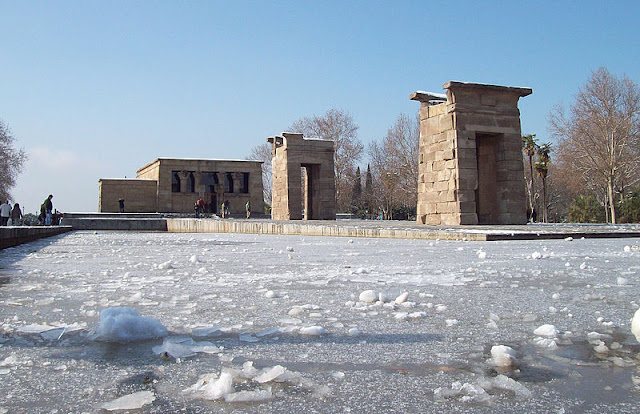 The largest suspension footbridge in the world

The Montjüic hill in Barcelona