The Salzburg is a city in western Austria and the capital of the Land of Salzburg. Salzburg has been an important city on the north-south road since ancient times. The city on the Bavarian border with mineral salt (German: “Salz”) gained great wealth.

The city was protected by the castle (German: “Burg”) which bears the name Hohensalzburg and today is an important attraction.

The fact that the composer Mozart was born here is of great commercial and tourist importance for the city. Many products such as a liqueur, chocolates, etc. bear its name today. 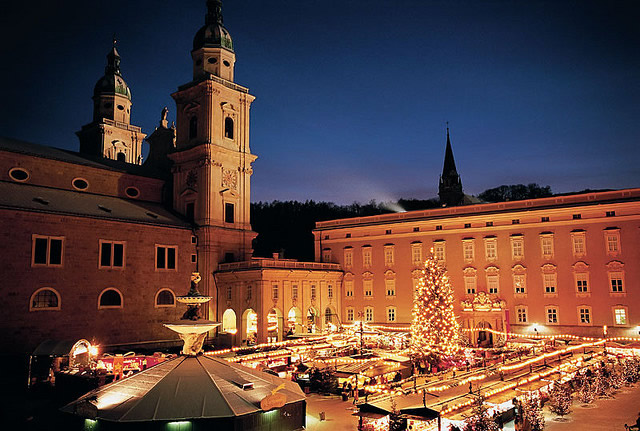 Here are the 10 best attractions in the beautiful city of Austria: 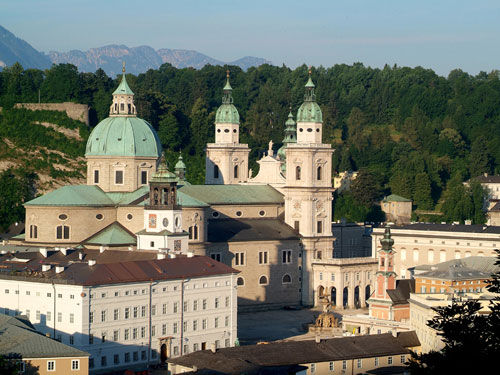 It is the cathedral of the city, in Baroque style, built in 1628 and since then it is the symbol of the city and the main attraction. 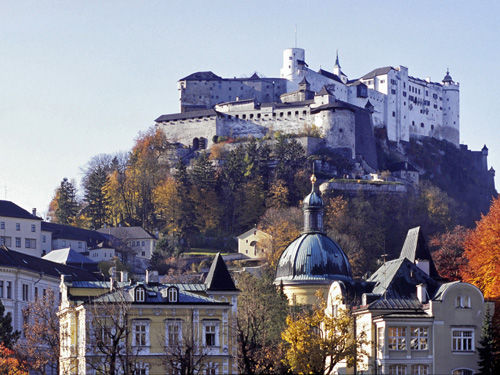 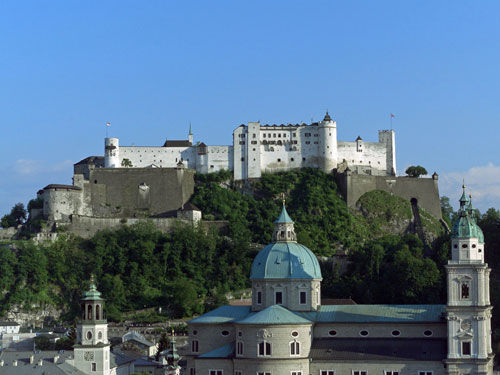 Fortress of 1077 that is kept complete and is very impressive. It is open to the public and in addition to the medieval rooms and the romantic courtyard, there are often beautiful events such as Fortress Concerts. You can go up by cable car.

3. Gedreidegasse- The busiest street in town 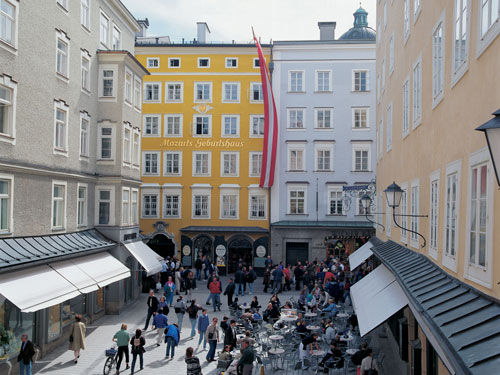 Mozart was born at number 9 on this street. A mansion that has been preserved as a museum and you can visit it inside. 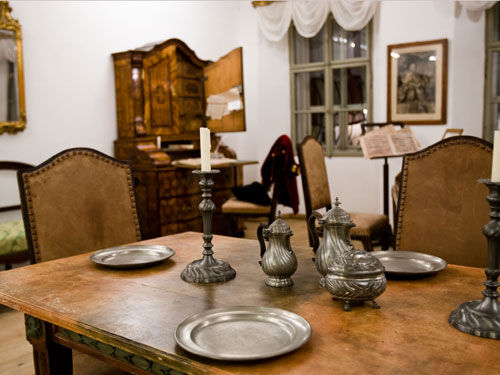 The shopping street, where one store is next to the other (mainly boutiques). It is the area where the rich lived.

4. The residence of Mozart 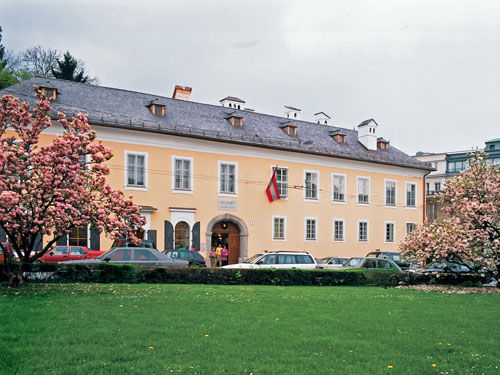 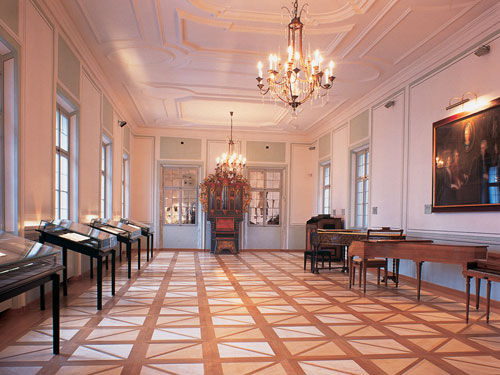 The house where the famous classical music composer, who later lived and worked, has been turned into a museum. 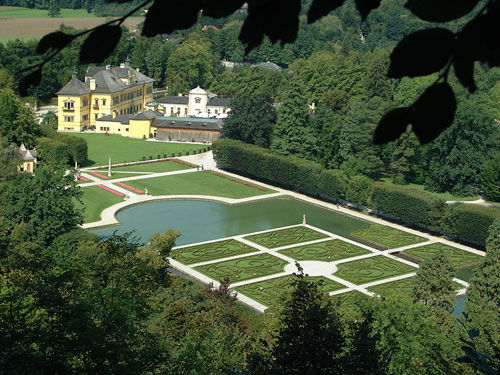 In 1612, a few months after Prince Archbishop Markus Sittikus von Hohenems took the throne, he ordered that this luxurious house be built at the foot of the mountain. 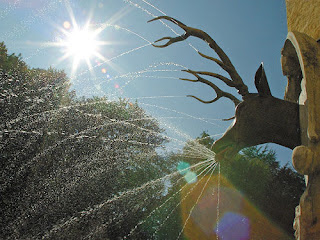 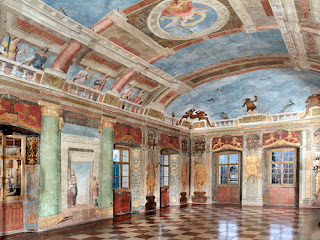 It is a magnificent palace with impressive courtyards, many fountains, gardens and the folklore museum. 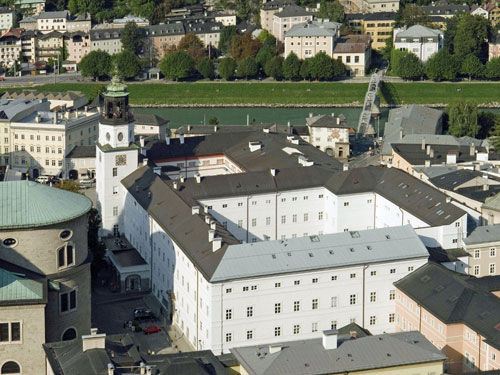 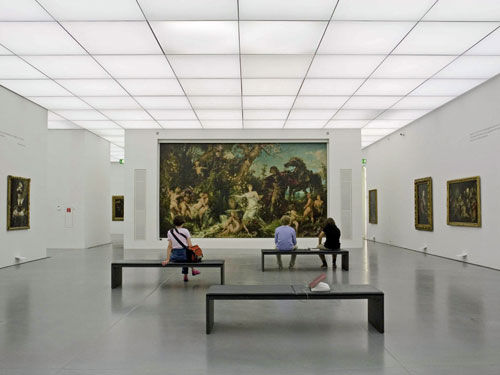 Located in Motzart square, the new museum in a modern style, which presents archeological findings, history and culture of the city. 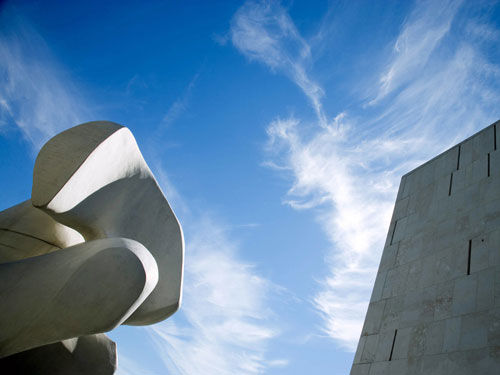 The Museum of Modern Art is housed in a huge baroque building and hosts exhibitions by artists from around the world. The interior of the museum is really very modern and special.

8. Museum of natural history and technology 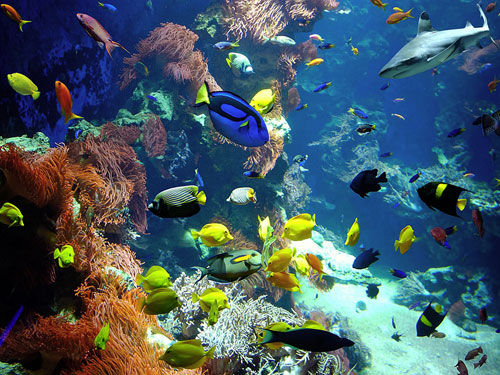 It has an impressive aquarium, which is considered one of the most beautiful in Central Europe. In 36 tanks the beauty of the seabed is presented, from tropical fish to the waters of the Amazon. In the museum you will also see many reptiles and amphibians, as well as presentations and exhibitions on life, reproduction and technology. 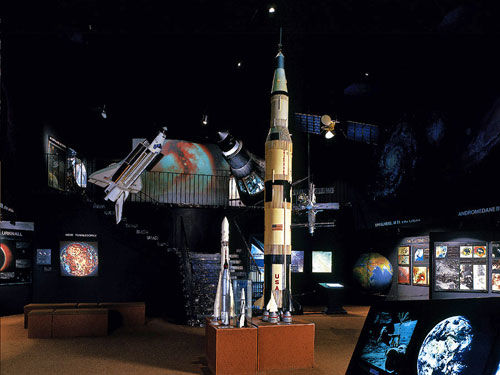 In the new field for space, visitors take part in many experiments and discover the beautiful world of technology, nature and human nature. 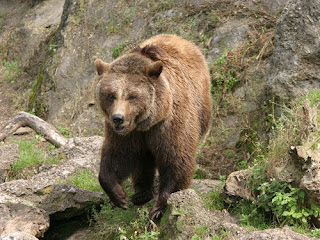 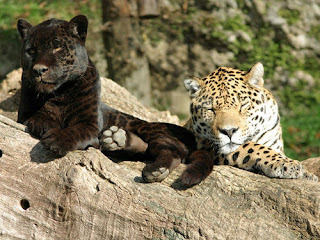 The Salzburg Zoo provides animals with a natural environment and that makes it special. One of the main goals of the garden is to combine the harmonious balance between the natural landscape of the area and the environment of the animals.

* There is the Salzburg Card, which provides free admission or discounts to almost all of the city’s attractions. 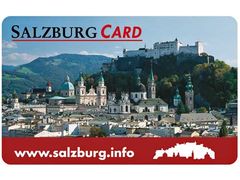 Walk to Knez Mihailova, in the historic center of Belgrade

Walk on the Charles Bridge in Prague