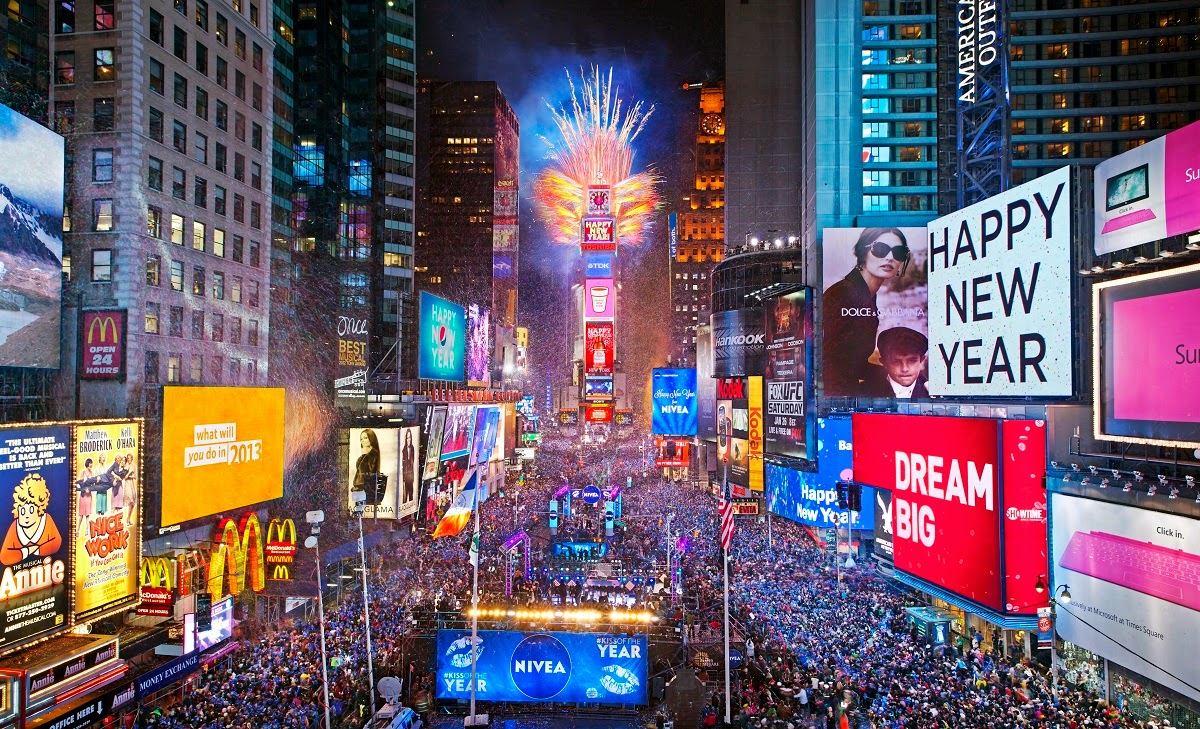 New York has a unique atmosphere and an impressive crowd at the famous Times Square every year, on New Year’s Eve. A huge crystal ball goes down counting down the change of time, while earlier there are music concerts. If you prefer something quieter, you can dine at a restaurant overlooking the square – you must have booked early – or take a cruise to New York Harbor, where you will have a beautiful view of the fireworks from Liberty island. 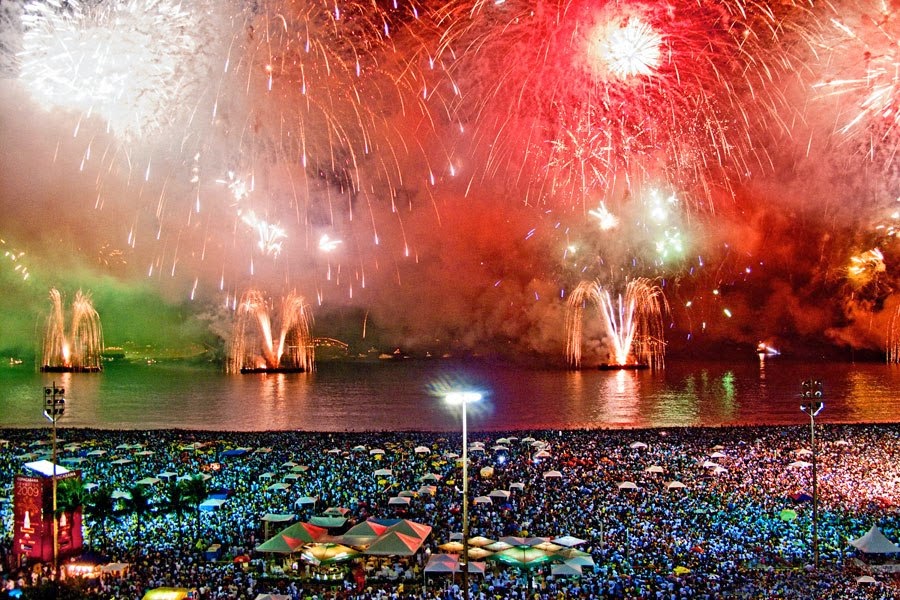 Rio may be famous for its carnival, but it is on the list of the most beautiful places for the New Year. The reason is that the famous Copacabana beach hosts the largest party in the world, which is attended by more than 2 million people. It is called Reveillon, and is a Brazilian holiday that combines religious and traditional elements. The locals wear white clothes, for good luck, and throw flowers in the ocean as a gift to Yemanjá, the queen of the sea. The celebration includes a lot of music and impressive sparklers at the change of time. 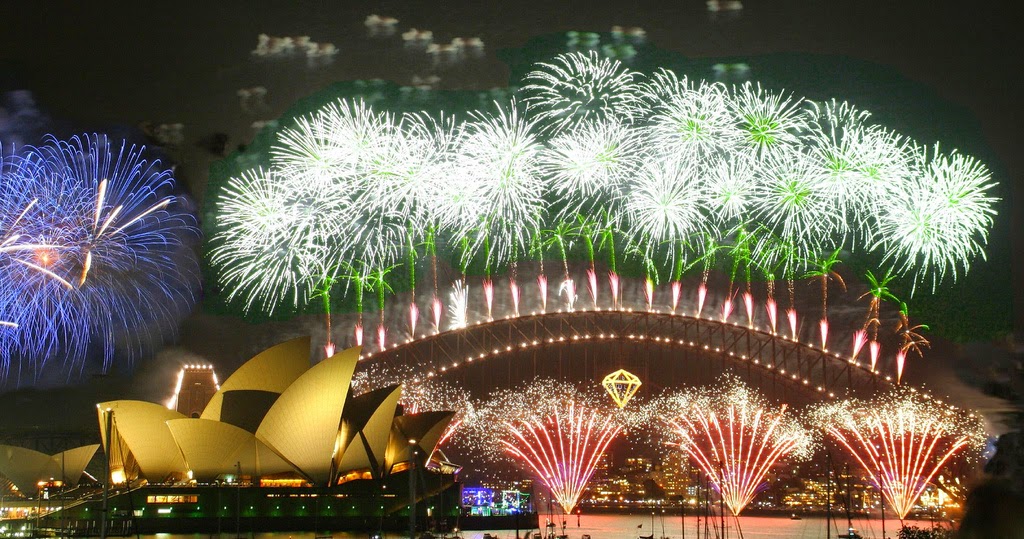 It is an ideal time-changing destination for two reasons: 1) because of its location, it is the first city in the world to welcome the new year and 2) because Sydney has the largest flare launch in the world at 9pm and of course exactly at midnight. And all this against the backdrop of the impressive harbor with the bridge and the opera house. More than 1 million people watch the beach show with stunts, lights and illuminated boats in the harbor. 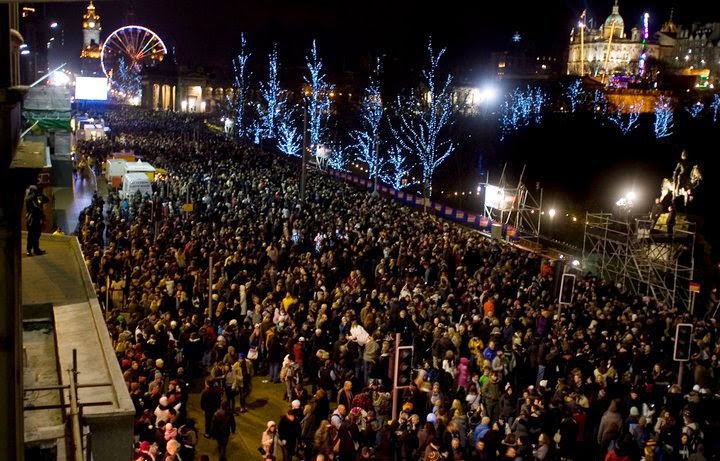 Hongmanay means the last day of the year, but the celebration in Edinburgh lasts 3 days! Concerts and street parties in the city, with the unique Kelidh, a traditional Celtic party. At midnight, with the change of the year, 4.5 tons of sparklers are thrown over the imposing castle, while the festivities continue all day on New Year’s Eve. 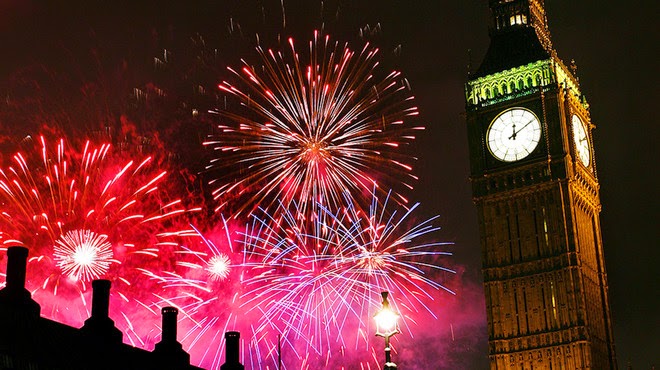 A reference point for New Year’s Eve is Big Ben and the area around it in general, on the banks of the Thames. As soon as the famous clock strikes 12 at night, a 10 minute show with sparklers from London Eye, Parliament and the Shard skyscraper illuminates London night. The party of course continues all night, while on New Year’s Day there is a colorful parade in the city center. 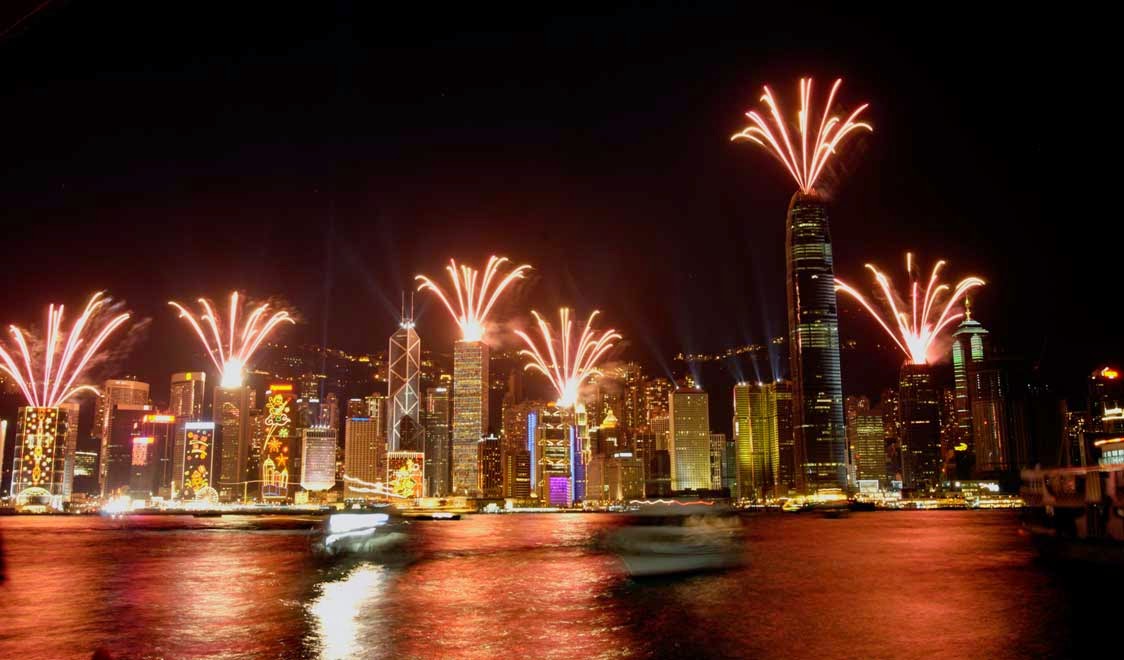 The city full of skyscrapers is filled with sparkle and lights with sparklers – the best, since the Chinese specialize – that fall into the change of time. The highlight is the last firework, a dragon dancing in the sky. The festivities begin in the afternoon at Victoria Harbor, with locals taking part in rooftop and boat parties. 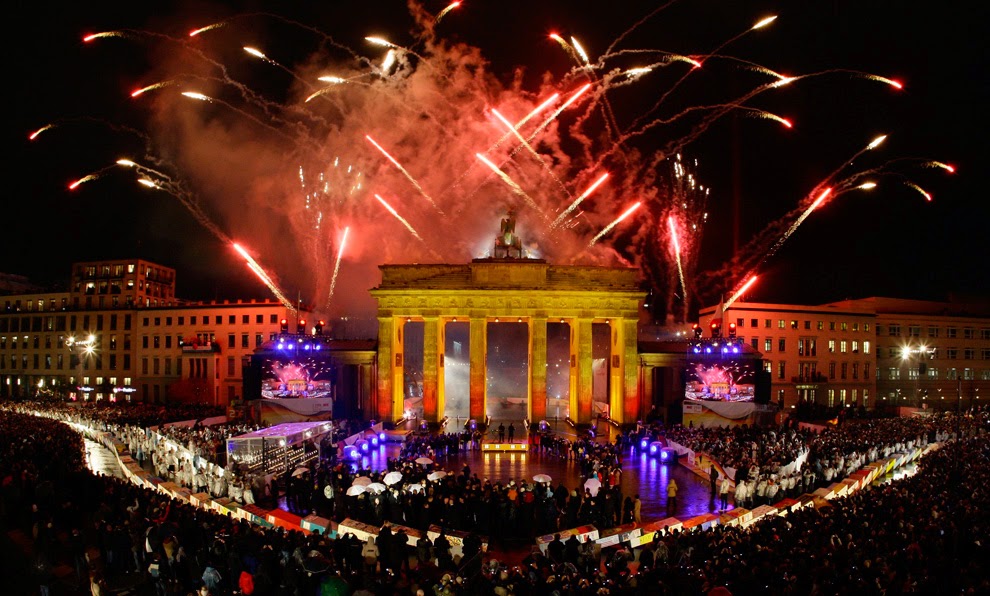 The German capital has the reputation of being a party city all year round, especially on New Year’s Eve. The highlight of the festival is the “party mile”, 2 km with bars, international food stalls, laser shows, giant screens, party tents, music tents and much more around the Brandenburg Gate. After throwing the sparklers at midnight, the crowd goes dancing until morning! While the next day follows a 4 km long road race. 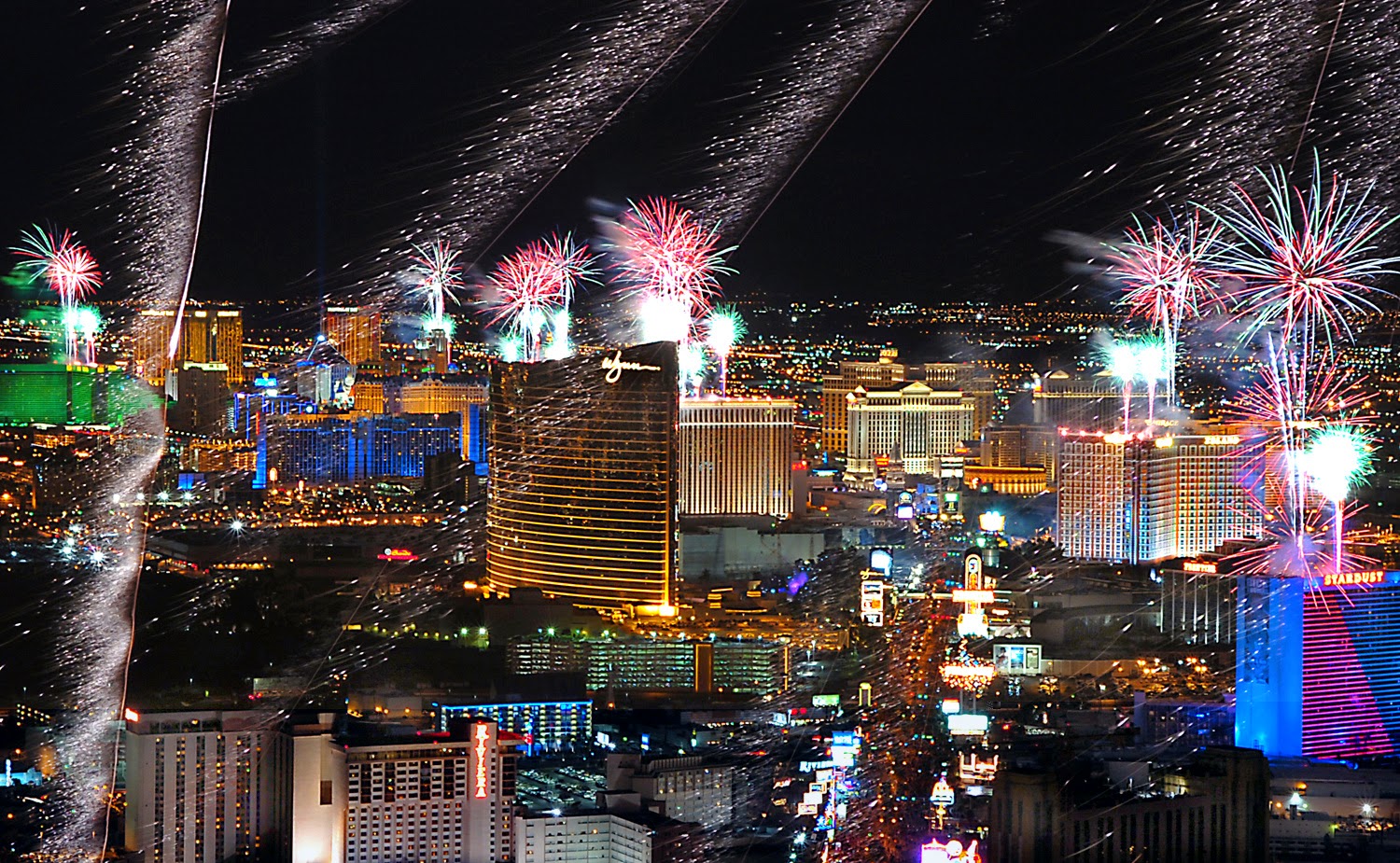 More than 300,000 travelers arrive in the party capital for their overnight stay, where the city center – no car traffic – turns into a giant party with bands, fireworks and laser shows. The midnight sparklers are fired from seven rooftops in the city center, which can be seen either on the street or in a hotel room. 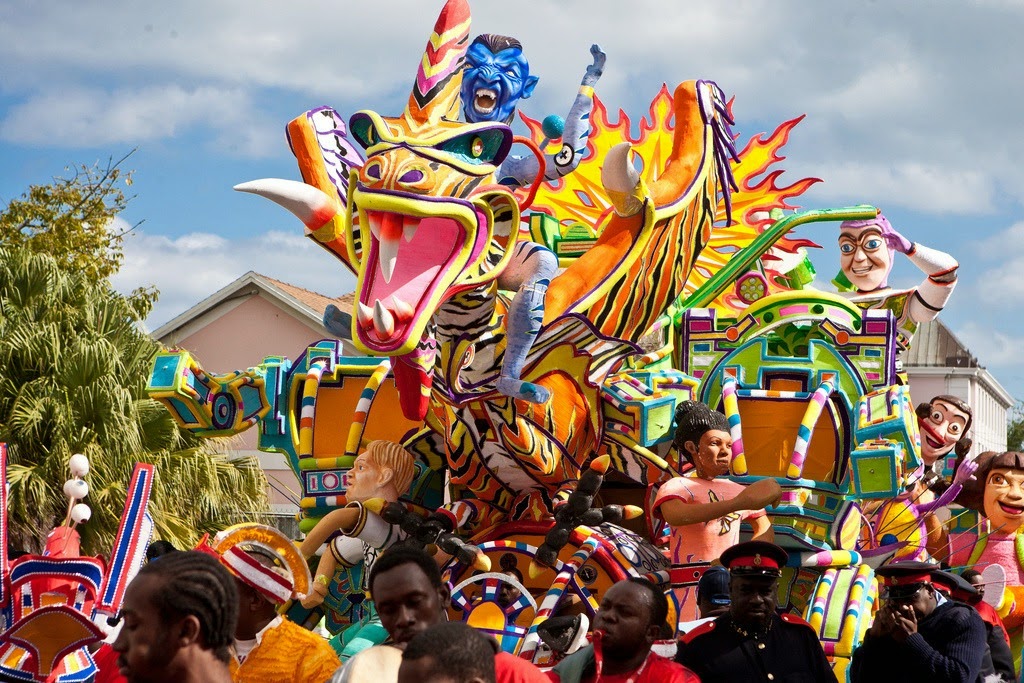 Favorite destination for Christmas on the exotic beaches! On New Year’s Eve the locals watch the Junkanoo parade and end up in informal gatherings on the beach until midnight. Then of course the sparklers illuminate the islands impressively. On New Year’s Day, there are parades with colorful costumes and music that is more like a carnival! 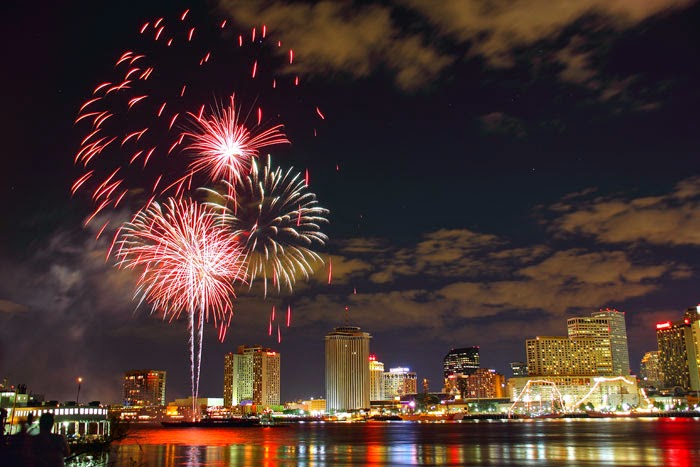 The highlight is the 15-minute fireworks display over the Mississippi River, along with the “Fleur de Lis drop”, where the “New Year’s baby” falls from the roof of Jax Brewery in Jackson Square. Of course the night goes on with the crowd heading to Bourbon Street and the Latin Quarter, where the music is loud from the bars, and the streets are crowded until the wee hours of the morning.

Travel Tips: Visit to the Colosseum

The Science Museum in London