It is a small island in Miyagi Prefecture in Japan. It has about 20 inhabitants, mostly elderly, and about 120 cats! 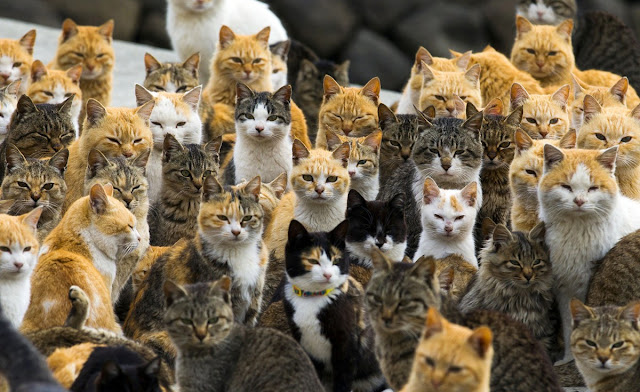 It is now known as the cat island, as there are so many in proportion to the population.

The island used to be full of silkworms and produced silk, so they brought cats to the island to hunt mice. 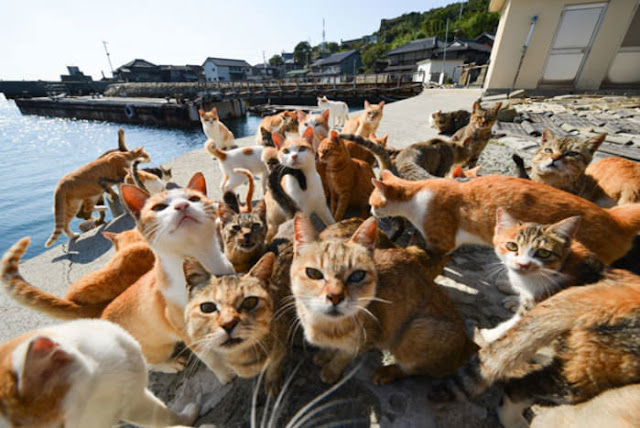 Over time, the cats were constantly multiplying and so today they are more than the inhabitants of the island, respectively 6 cats per inhabitant! 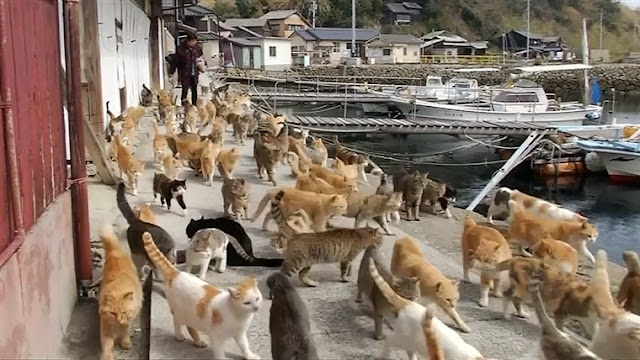 In Japanese culture, cats are considered to bring good luck, money and a good life to those who meet and care for them. 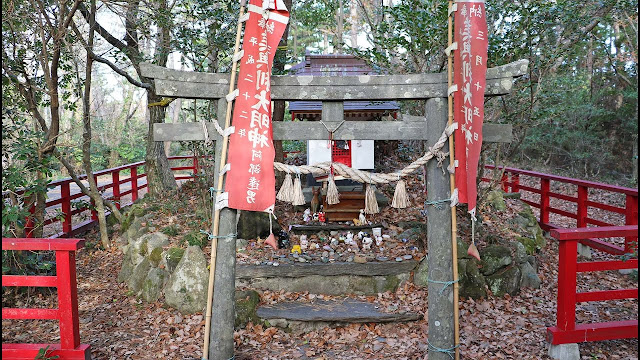 In the middle of the island, there is a temple for cats, known as Neko-jinja! 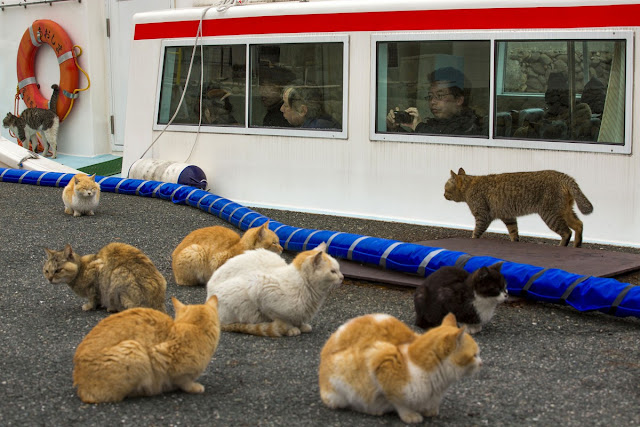 Cats are very friendly and playful with locals and foreigners and of course always ask for food! 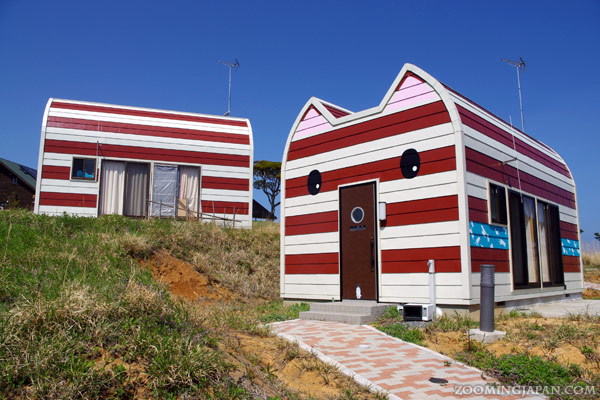 Recently, a camping and accommodation area was opened with small cabins that even have a cat shape! Open from April to October 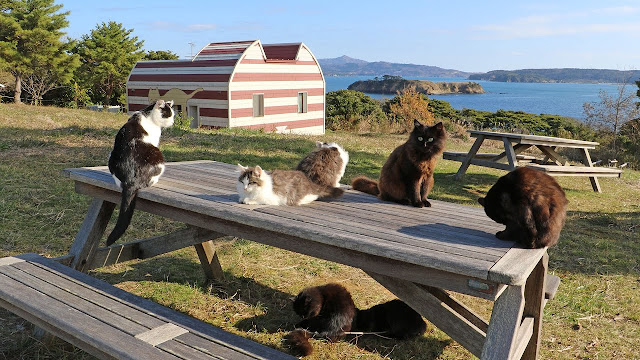 There are no other tourist facilities on the island, so visitors should have food and water with them and definitely cat food! Also guests must take their garbage with them when they leave and of course dogs are not allowed! 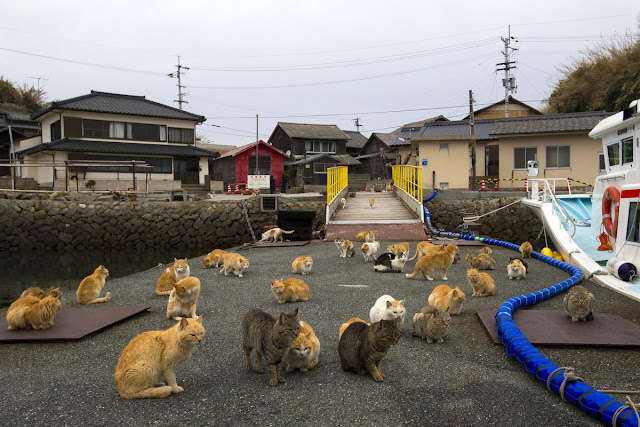 The cats in the harbor 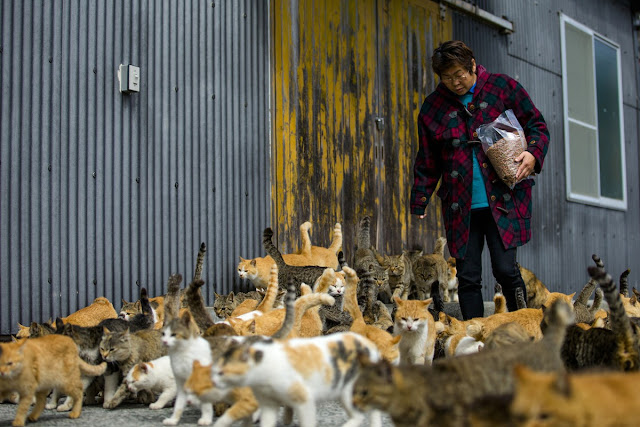 The time of feeding! 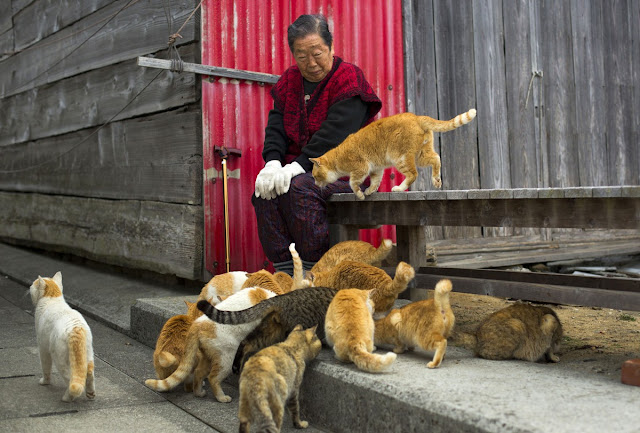 Inhabitant of the island 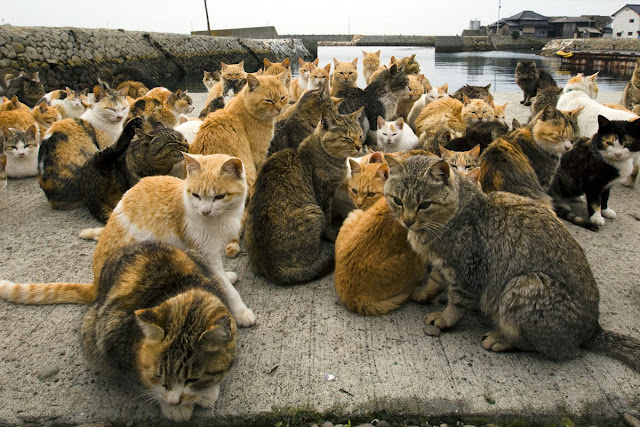 The most impressive metro station in Europe