The Dusseldorf is located in Germany and specifically the capital of the state of North Rhine-Westphalia. The name of the city comes from the river Diesel that crosses it. 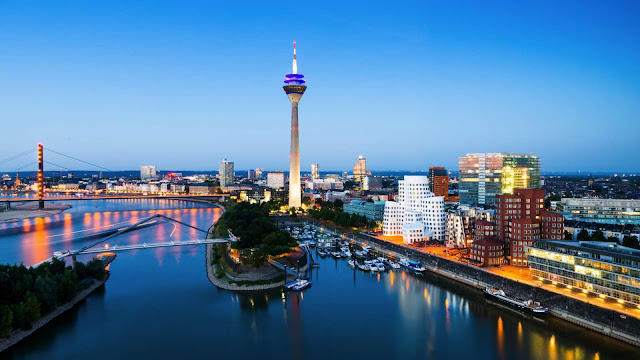 It is a city full of life, with countless bars, endless shops and many attractions: 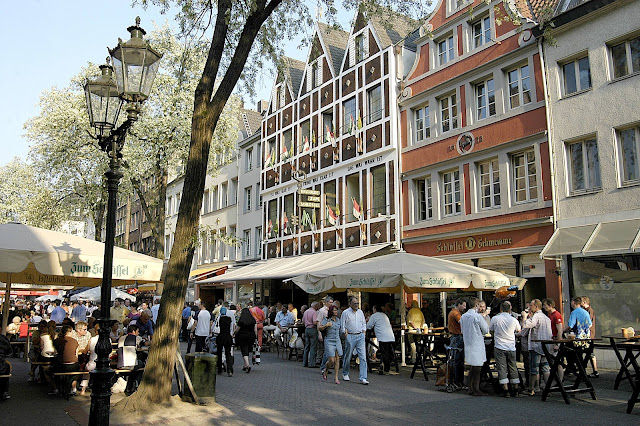 The old town with its traditional buildings and more than 260 pubs. It is no coincidence that it is considered “the longest bar in the world”! The area is very beautiful both during the day and at night when all the old buildings are lit. 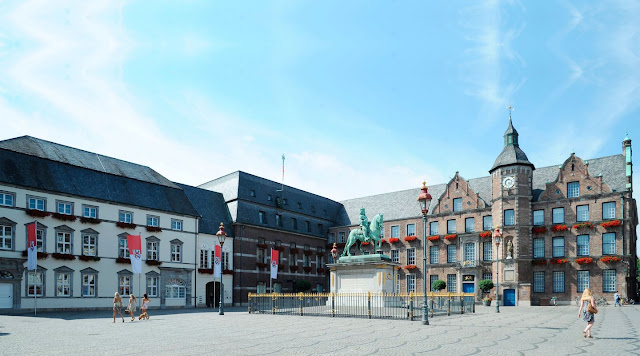 The town hall is located in the old town and consists of three buildings of different periods. 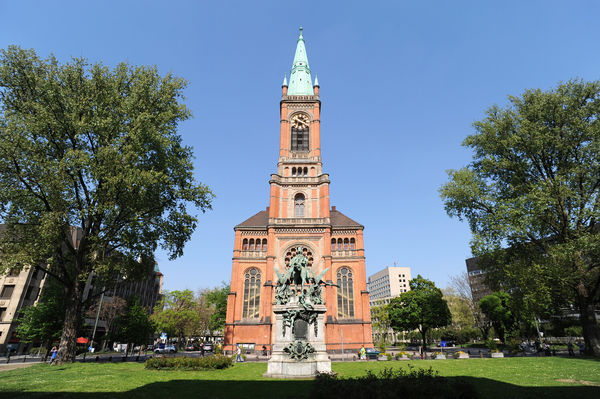 The church of Ag. John, made of red bricks and a green tower 85 meters high. It was built in 1881 and has 1600 seats! Every Wednesday there is a free church organ concert. There is a café with delicious delicacies for lunch. 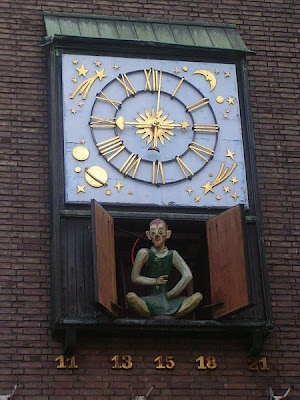 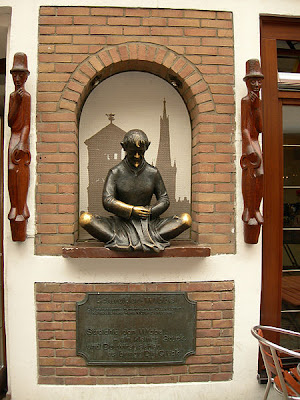 Five times a day, people gather in front of a bell clock that tells the mechanical story of Schneider Wibbel, a seamstress who insulted Napoleon and was sentenced to prison. In his place, however, he sent his apprentice, who later died in prison. 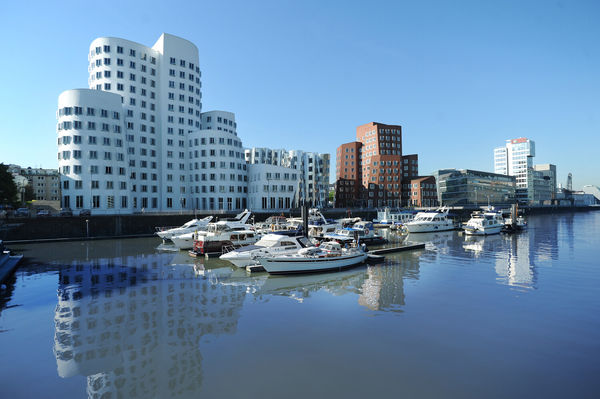 It is the port of the city with the skyscrapers with different and special architecture. There you will find many good restaurants, such as Berens am Kai which has a Michelin star but also the famous futuristic Club 3001 with the strange 3D visual effects. 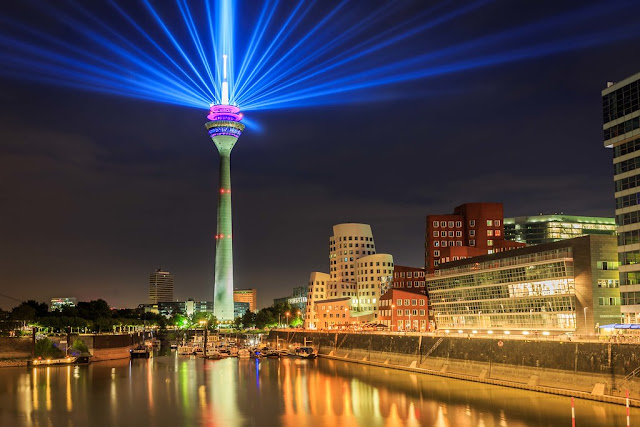 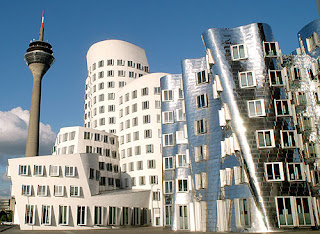 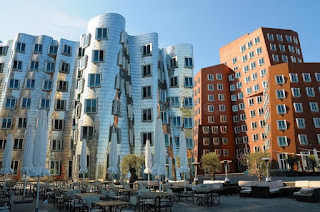 In the last ten years it has become one of the most modern and fashionable areas of the city, with the help of the architect of the Guggenheim Museum, Frank O. Gehry. 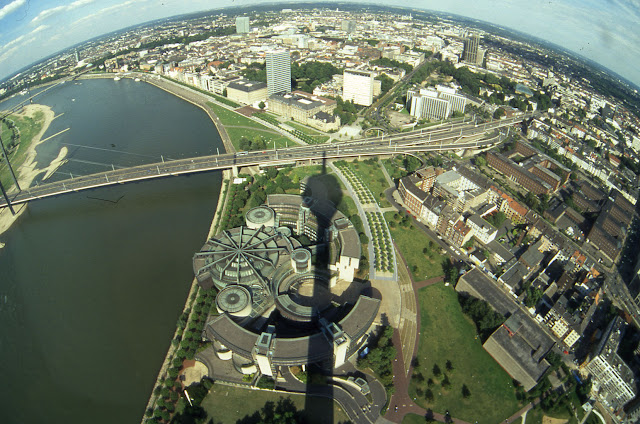 This tower is 240 meters high and houses a revolving restaurant with stunning views from 170 meters. Admission costs 9€.


The waterfront of the Rhine 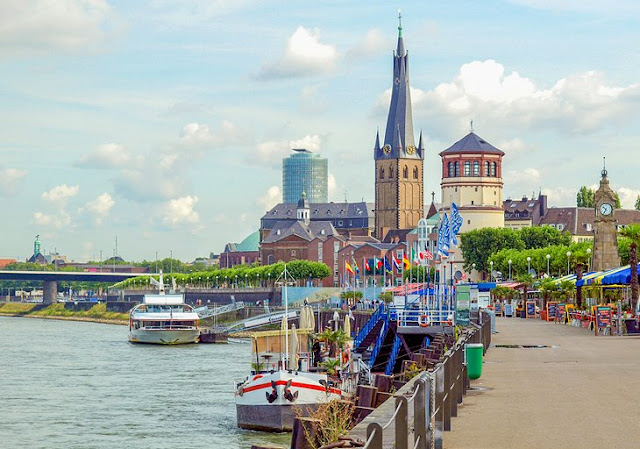 It connects the old traditional city with the modern one MedienHafen and is full of cafes and bars. Ideal place for relaxation but also for a cruise on the Rhine. See more here. 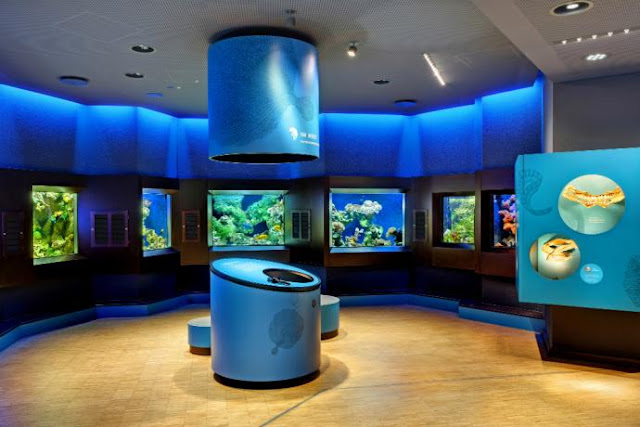 Zoo, aquarium and natural history museum together! The tank with the sharks, the live corals, the tropical room with the crocodiles, the amphibians and the collection of insects stand out. 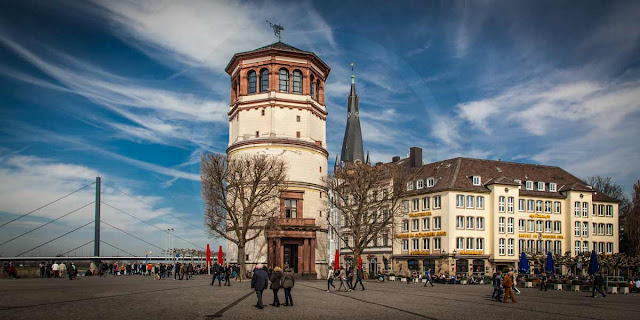 In the past it was a castle which later became a baroque palace but it burned down in 1872 and eventually only the tower remained. The city monument is located there, a work of art Bert Gerresheim. 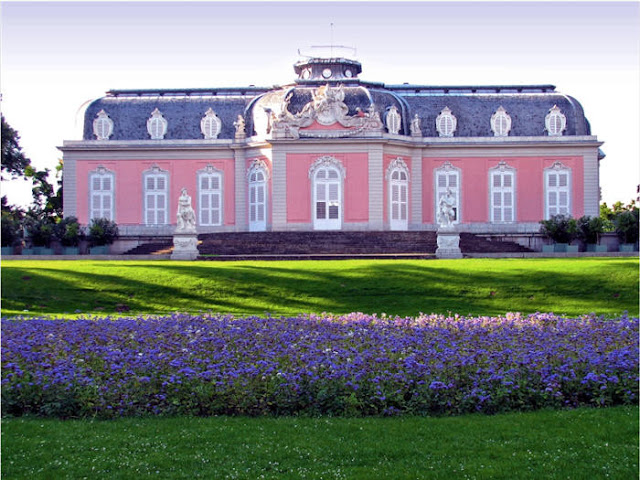 One of the most beautiful palaces of the 18th century, in Baroque style. Part of it has been left with the decoration of its time. In the second wing is the museum of European garden art and in the third wing the museum of natural history. 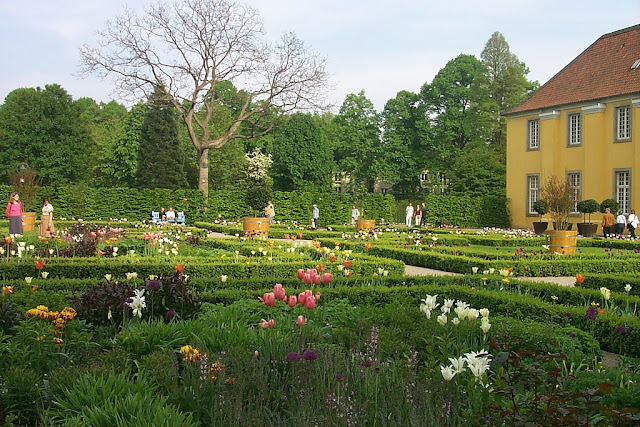 Take a walk in the garden with the pond and the beautiful flowers. 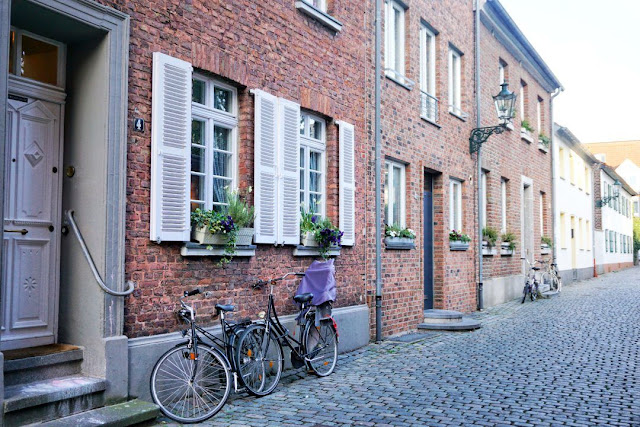 It is located in the northern part of the city and is worth a visit at any time of the year. The area is characterized by charming baroque houses of the 17th and 18th centuries. 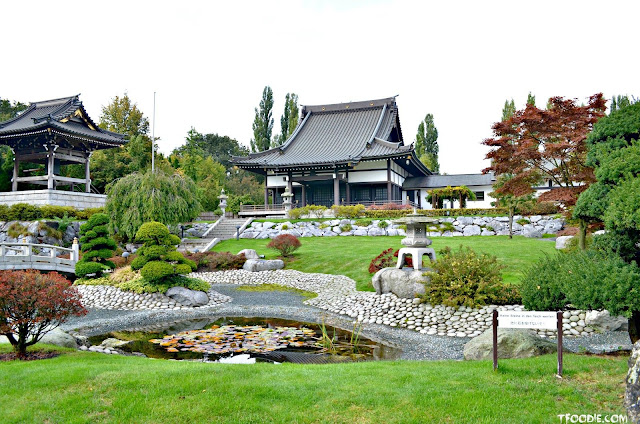 It is the first Buddhist temple in Europe. 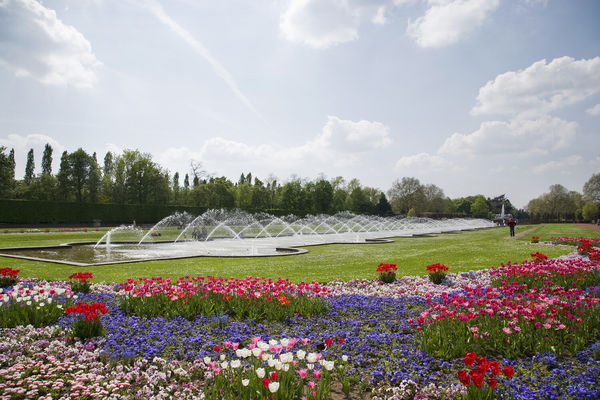 Is a large park in the city, with many flowers, monuments, fountains, a playground and a Japanese garden.

The city has a metro, buses and trams. The new metro line Wehrhahnlinie, in the heart of the city is really very special! The entrance of each station is reminiscent of a work of art while all the stations look like a giant snake coming out of the ground!

The ticket for all means has different prices depending on the duration of the trip:

– The tourist Düsseldorf Card, which you can even buy in an automatic machine at the train stops, includes endless day trips through the city and the airport, as well as many other entrances and discounts. See details here. 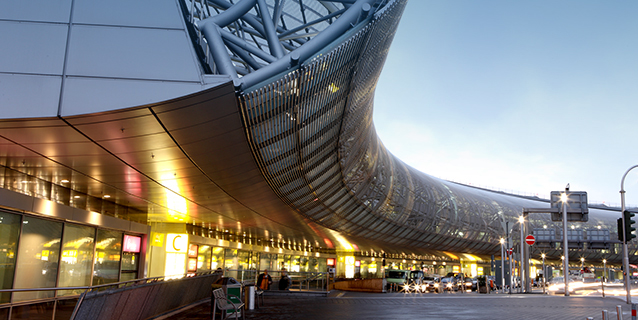 The airport is located 15 km from the city center. The train connects the airport to the center in 12 minutes while the bus in 20 minutes. The ticket costs 2.90€, while the taxi is about 22-25 €. 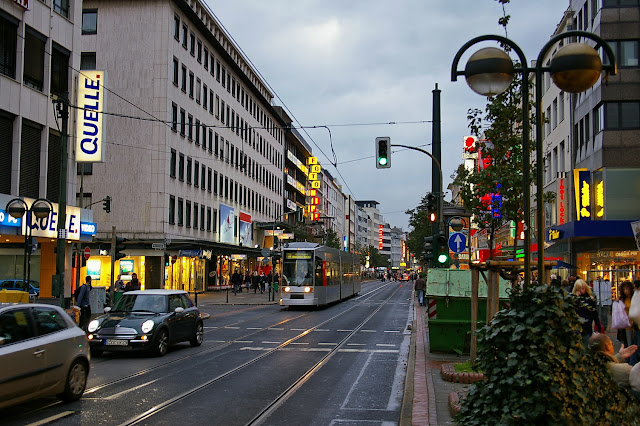 THE Schadowstrasse is the road with the highest turnover in all of Germany. The big department stores of well-known international companies dominate here. 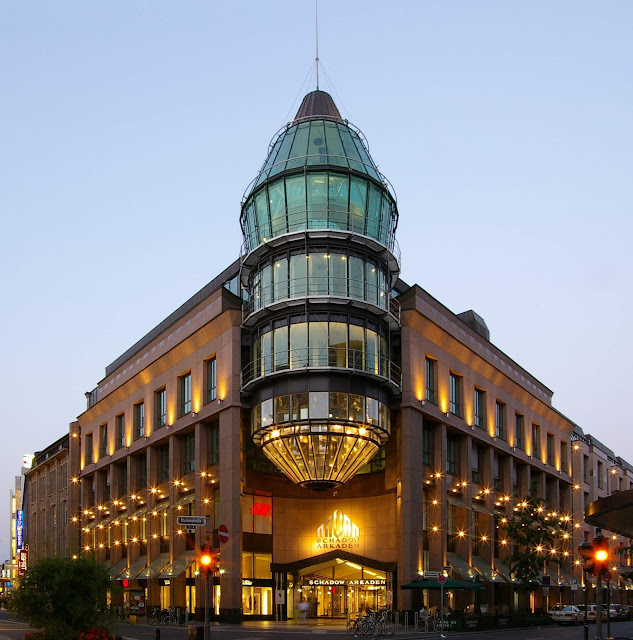 It recently opened in the popular Königsallee. It has 50 stores, while the glass facade of the building is impressive. Beautiful place for shopping, coffee and food. 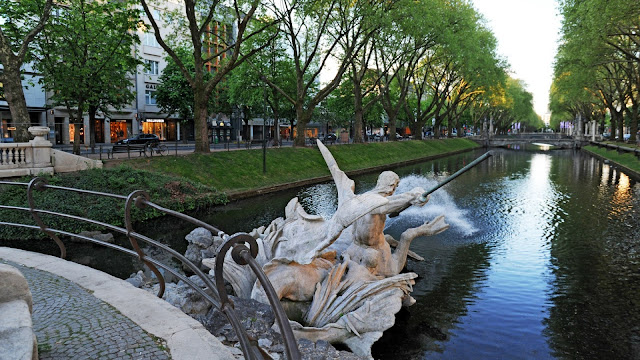 It is the most sophisticated shopping street in Germany and is considered one of the most majestic and luxurious boulevards in the world. It is located on the river and includes all the luxury brands in the field of fashion. The area is very beautiful for a walk, because the market is aimed at thick wallets! 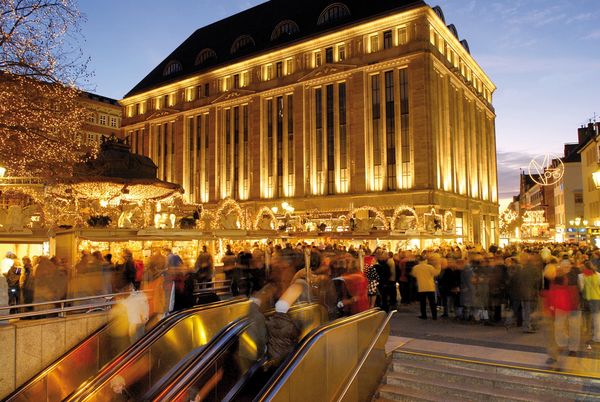 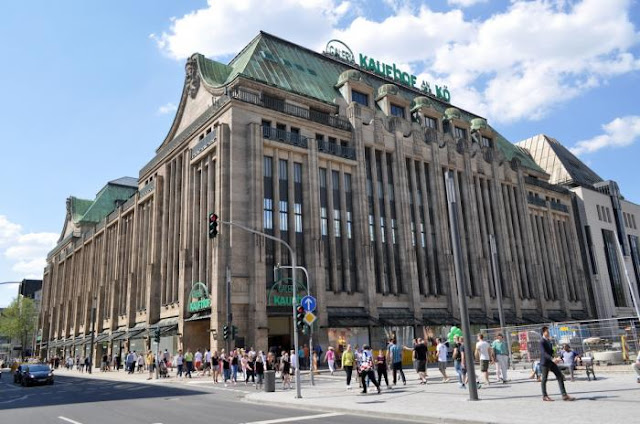 Shopping center with cheaper brands in the city center. 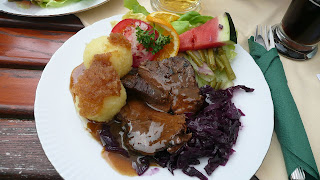 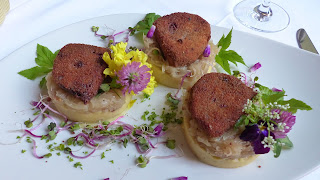 It does not mean a visit to Düsseldorf without a taste of Sauerbraten, the salty roast beef, a delicious traditional dish. Another well-known dish is Himmel und Erde, with black pudding, apple and puree. Of course, the different types of beer and sausages have their place of honor! 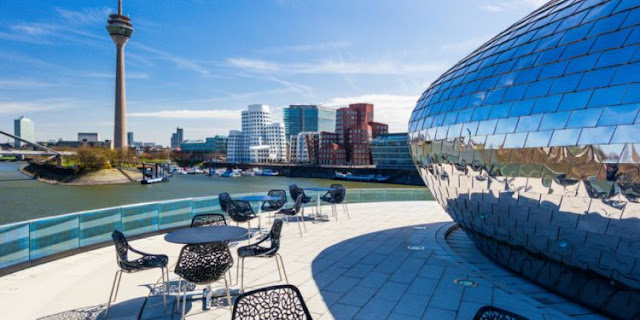 Choose one of the central hotels of the city, to make your travels and explorations comfortable! See them all here.
previous post

Guided tour of Giethoorn, the Netherlands