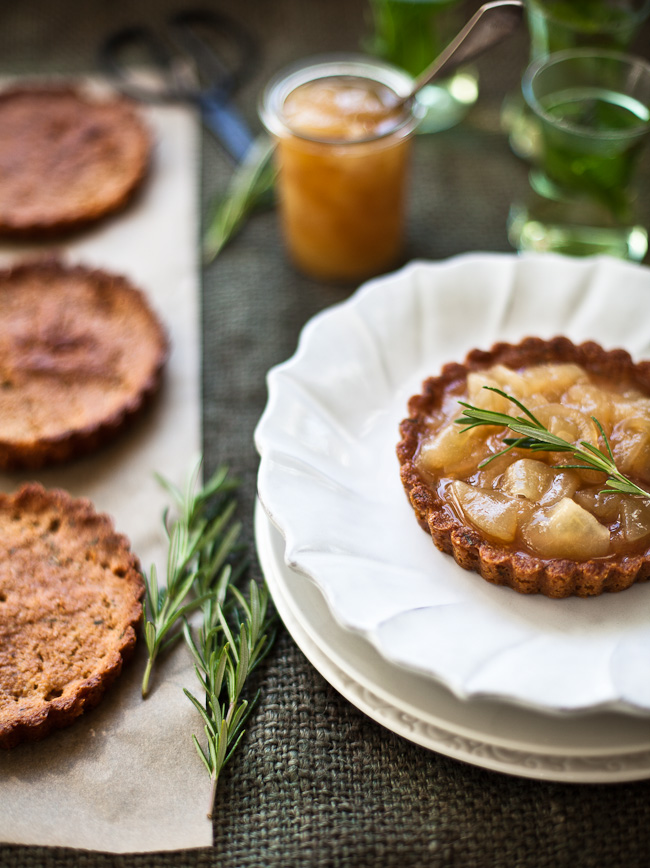 I mentioned last post that I am crazed about pears this time of year. Well, I couldn’t resist another pear recipe for you….

Ever since we removed wheat from our kitchen four years ago, I’ve been making all sorts of almond shortbread. Almond meal and butter make such a delicious team – who needs wheat anyway. Now that it’s pear season… an herbaceous pear tart with a buttery almond crust seems just the thing to satisfy, so this is just the recipe I though to share in the autumn issue of Kinfolk and I wanted to share with you too!

Using rosemary in the tart dough, and bay in the pear compote, we end up with a good hit of garden herbs. Keep in mind, that both the almond tart crust and the pear compote are wonderful eaten separately as well. 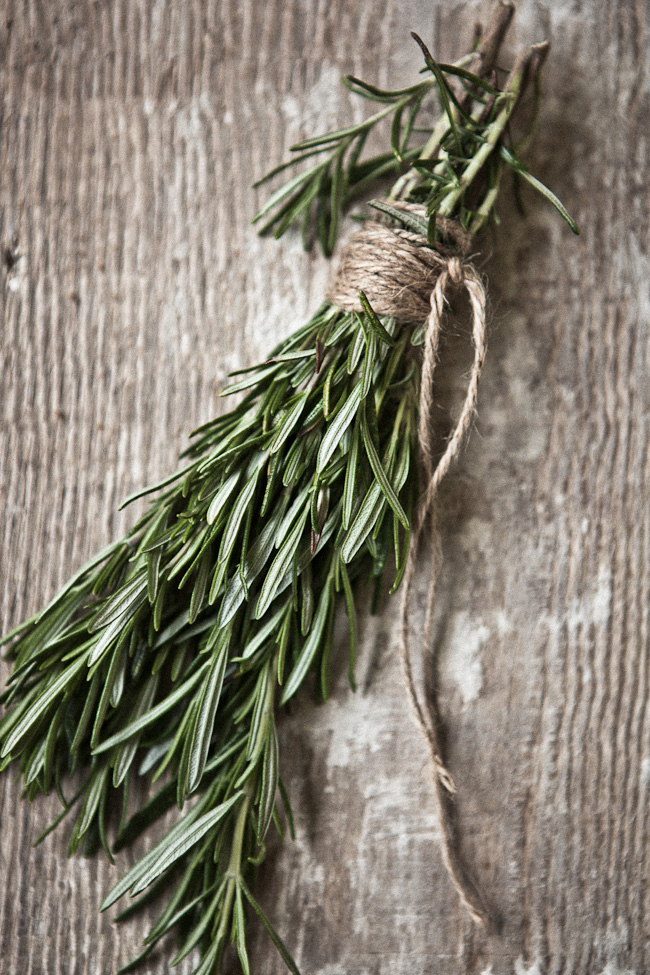 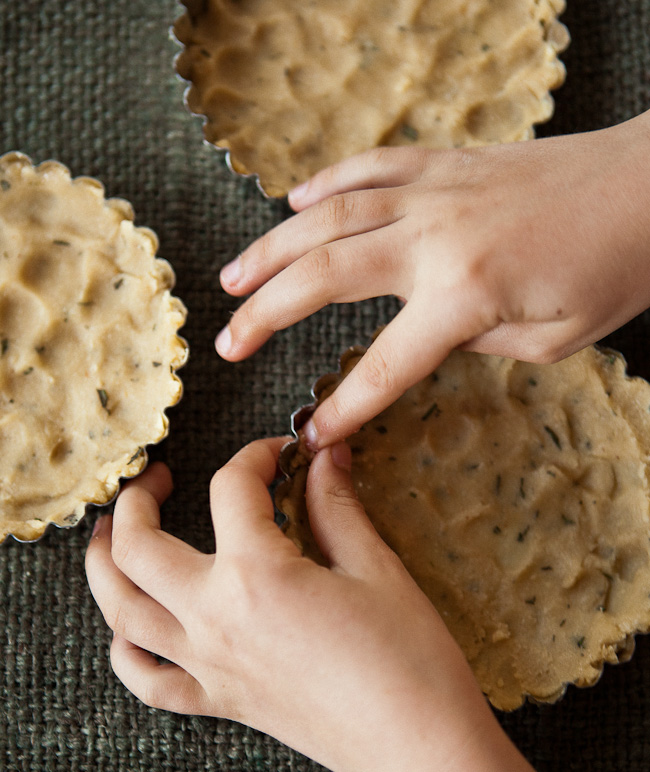 Mix all ingredients, except for the 4 extra sprigs of rosemary. Using your fingertips, press dough into the bottoms and sides of four 5 inch tart pans (buttered or nonstick). My girl Lilah loves to help with this part.

Repeatedly poke the surface of the dough with a fork. Bake 10 minutes, then poke the surface again with a fork to keep the dough from bubbling up too much. Return tarts to the oven and bake another 5-8 minutes until deep golden brown. Let cool. Serve at room temp, topped with pear compote (see recipe below.) 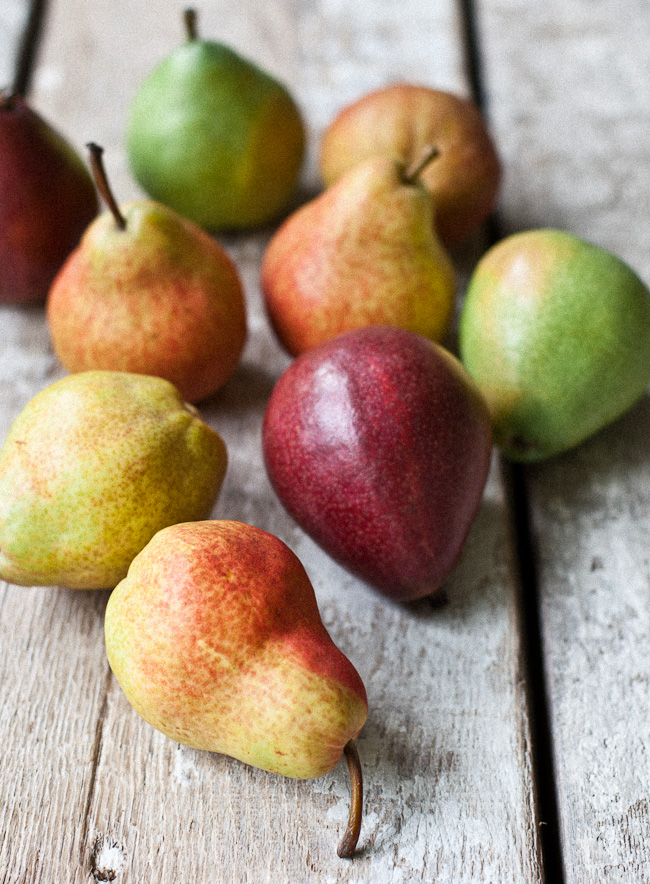 Combine above ingredients in small sauce pan. Bring to a boil. Cook vigorously for 10 minutes, stirring regularly to avoid burning. Pour compote into a jar. Let cool. If you aren’t going to serve the tarts right away, cover your jar and refrigerate until later.

Just before serving, scoop pear compote onto the tart shells. Top each little tart with a sprig of rosemary, just for the beauty of it.

Take a bite, and let the pear juice drip down your chin.