It is the main attraction of the Spanish city of Seville located in Andalusia. It is a royal palace and is the oldest palace still used in Europe. 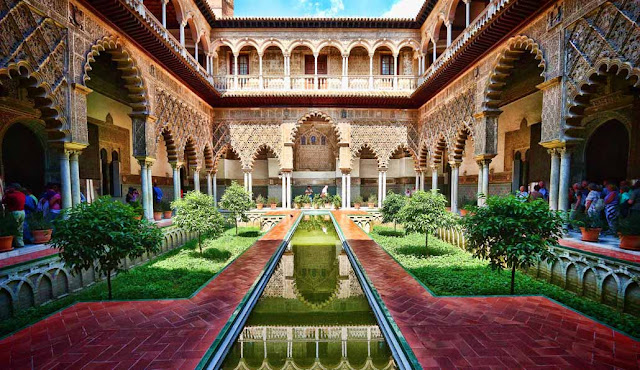 It is really impressive as it is perfectly preserved. Visitors are transported to another era and impressed by its stunning architecture, full of outdoor corridors, halls and gardens. 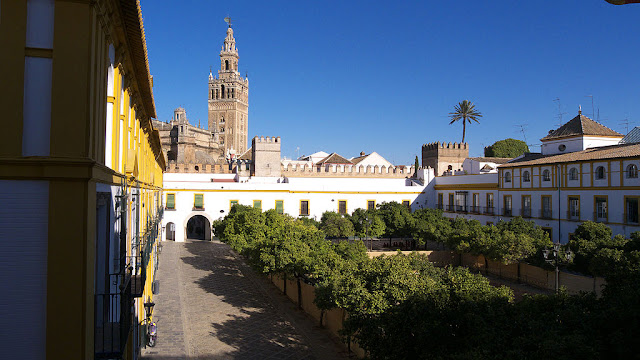 Its construction began in 934 as a fortress and has been expanded and changed many times over the years. The heart of the complex is the palace of King Pedro I, built in 1364 as a royal residence. 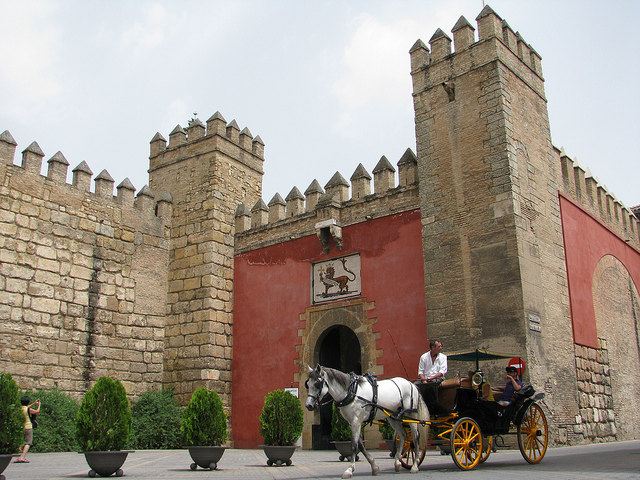 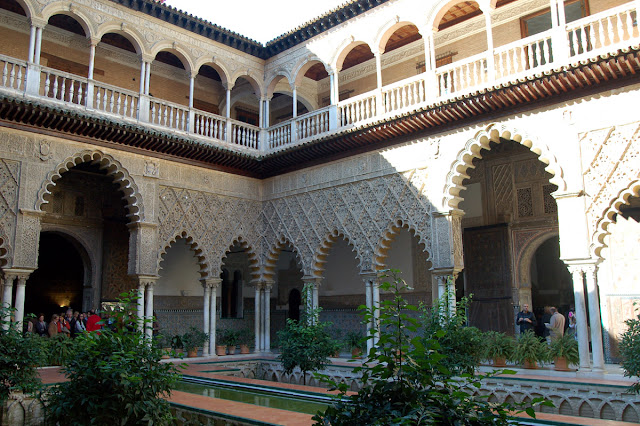 Patio de las Doncellas, the main inner courtyard of the palace which in the years of Pedro I was a gathering place for women. From there you reach various rooms, impressively decorated. 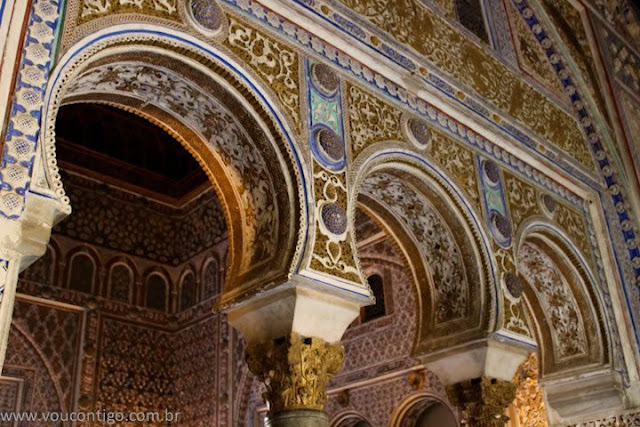 In a different architectural style are the rooms of Carlos V, Salones de Xarlos V, with gothic elements and wallpapers. 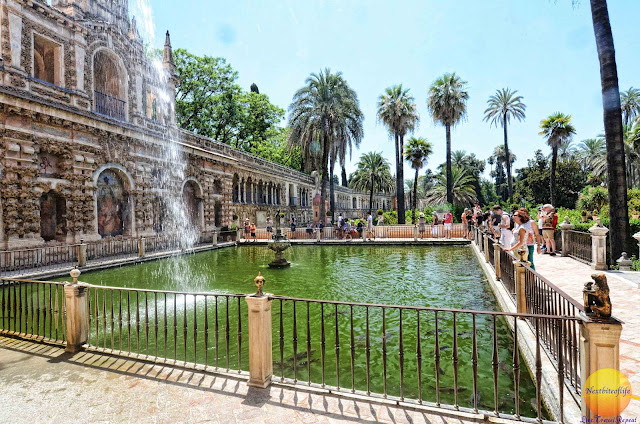 The royal gardens are full of flowers, trees and lakes. The first garden you will encounter is called Jardin del Estanque, which means garden with lake. In the center of the lake there is a fountain with the statue of the messenger Hermes. 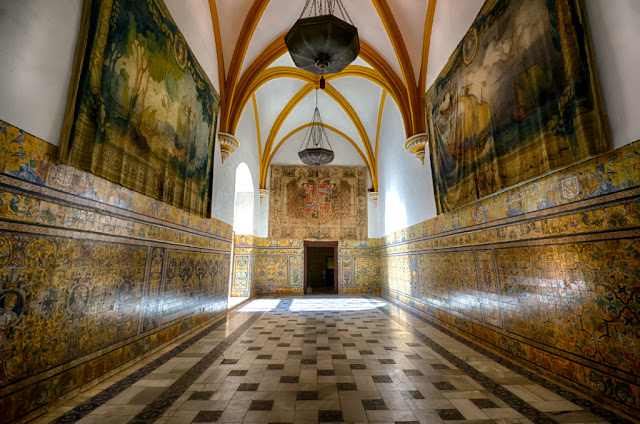 The movie “Lawrence of Arabia” was shot in the palace as well as many scenes from the 5th cycle of Game of thrones. 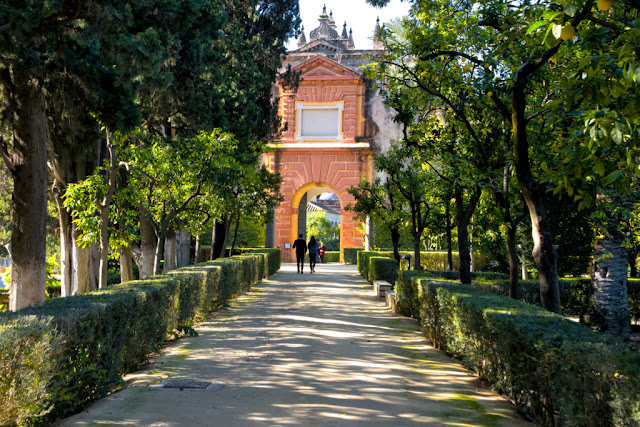 * The palace receives many visitors daily and especially during the summer the entrance queues can be huge! You can prepay your tickets and enter without waiting. See more information
here.

* Estimate that it will take you 2-3 hours to see the palace.

* You can download pdf map of the palace from here.

* Admission is free every Monday after 4 o’clock in winter and after 6 o’clock in summer.

Magic Hungary – one of the most beautiful tours departing from Budapest

Visit to the Vienna-Tiergarten Schönbrunn Zoo